I remember as a kid when my parents went to get gas for the car, they would pull into the gas station and say to the attendant, “Fill ‘er up!” and the attendant would top off the tank. I think they still do this in some states. Here in Colorado, such service is a long distant memory. We have to do our own ‘filling up.’

A couple of weekends ago, I got to attend one of Lisa Wimberger’s two-day immersions. I’ve always found these to be immensely helpful in gaining insight into my sticking points. This weekend didn’t disappoint, and I gained a realization that caught me a little off guard.

As you may a lready know, the Neurosculpting® meditations follow a pattern of letting go of a negative pattern, then filling in with a positive pattern that you’d like to adopt and entrain into your daily process. All this is done through an easy and specific 5-step process. I’ve been practicing Neurosculpting® for a few years now, and had got myself to the point where I was able to ‘Sculpt on the fly, as it were, without sitting down to a “formal” meditation session…or so I thought.

One of the most helpful things to understand about our brains is that they operate with a negativity bias. As we evolved, our brains developed this bias towards being able to detect negative situations quickly. This bias kept us on the lookout for danger, and hopefully safe from attack. We all have this bias. It’s why negative political ads are so successful.

Anyway, over the past year or so I’ve really buckled down on a particular sticking point of mine, one that revolves around how I want to show up in my world. I’ve been ‘sculpting the hell out of it…or so I thought. Every time the negative aspect of this sticking point would come up, I’d immediately recall my Neurosculpting® meditation for releasing this feeling, and let it go. I’ve practiced this so many times now that the feeling rarely comes up any more. And yet, I wasn’t seeing much of the hoped-for change. Odd, right? Well, no, not at all.

I realized that because of my built-in negativity bias, all I was focusing on was the negative aspect of my sticking point. “Oooh, bad thought. Get rid of that. Done. Whew!” I was totally ignoring filling in and entraining to how I wanted things to be. D’oh! No wonder there wasn’t any forward movement for me. I was great at emptying the tank, but definitely not-great at filling it up. It’s so easy to focus on what we don’t want. It’s the easiest thing in the world. We’re built for it! But we can’t just go around on a search-and-destroy mission in our lives and expect things to take a truly positive turn. Sure, we might alleviate a good chunk of pain from our lives, but we have to fill up the tank or we’re not really going to go anywhere new.

Want to experience this powerful workshop for yourself? Download our new self-paced online course, Warrior One: Immersion into Practical Neurosculpting® with founder Lisa Wimberger today! 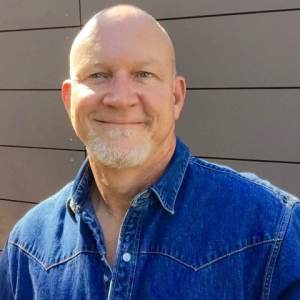 Spending his life hell-bent on finding real keys to inner peace and a fulfilling life, Travis has finally discovered a few of them.  Neurosculpting is one of those keys…a very major key.  He’s found Neurosculpting to be fun, easy to do, and definitely effective at clearing hidden blocks that keep us from moving forward.

Travis gets excited explaining the science behind Neurosculpting, as well as leading people to a real and transforming experience of having a choice in their life’s direction.
In his private coaching practice, Travis helps clients clear a path to an understanding of their essential selves, which opens them to a life of strength and effectiveness.
Connect with him at travis@travisrumsey.com
https://aeon.co/essays/humans-are-wired-for-negativity-for-good-or-ill
biaslisa wimbergermeditationNegativityneurosculptingSticking pointsWarrior 1workshop

Healing Doesn’t Have to Hurt by Travis Rumsey, CNSF